Our CSE Project has as goal; to raise awareness, instigate and facilitate the teaching of sound, age-appropriate holistic sexuality education to adolescents. Our primary target is school-going adolescents; however, our outputs can be utilised in out-of-school settings.

Over thirty-two per cent (32%) of Cameroon’s population is between the ages of 10 and 24 (Population Reference Bureau, 2013). This is one reason for the prioritisation of the health and well-being of this population group. Sexuality is a critical area of health and well-being that needs particular attention during adolescence. However, it is one of such domains with very limited evidence-based information and discussions on the area is very rare in many Cameroonian homes. This leaves young people vulnerable to sex-related problems. Comprehensive knowledge of HIV among adolescents between 2008 and 2012 stood at only 29.8% for males and 25.7% for females (UNICEF, 2013). UNFPA (2012) indicates that teenage pregnancy and childbirth is the number one killer for girls between 15 and 19. HIV prevalence stood at 1.0% and 1.8% respectively for boys and girls 15-24 years (UNCEF, 2012). There is also a high prevalence of early marriage estimated at 1 in every 3 girls before the age of 18 years (UNFPA, 2012).
Marinette, an 18-year-old student confirmed that the psychological, social and legal aspects of sexuality education were not taught in her college. She said that,
‘I knew what menstruation was, during my first experience. I felt awkward and knew nowhere to turn to. My grandmother told me that if I touched a boy, I would become pregnant. I felt even more awkward coming closer to boys.’ Marinette
During the radio programme, ‘Doctor on Call’ on Cameroon Radio and Television on 2nd October, 2016; featuring anchor lady, Alice Essambe Tatah and project manager, Desmond Nji, a teacher noted that:
‘Hello Madam, good morning to you and your guest. Honestly, your program is timely. I am in support of the notion that sex education should be included in the school programme. Madam, believe me; the rate of pregnancy among school girls is alarming. I invigiliated the General Certificate of Education June 2016 in one of the accomodation centers in the country and I noticed that about 100 girls of the form five class of that center where proudly pregnant.’ Uncle Tabe Tatoh.
Considering the massive gap in sexuality education as highlighted above, it becomes extremely critical to develop a framework to redress the problems of youth and sexuality using formal education systems in Cameroon.

The January 2007 Inter-ministerial Decree between the Ministries of Secondary and Basic Education endorsed Family Life Education in both primary and secondary schools in Cameroon. The Guidance/Counselling terms of reference, otherwise known as the syllabus includes some topics on sexuality apart from the anatomy usually taught in Biology and Human Biology lessons. However, the shallow content entails that the topics are not sufficiently covered with the breadth that sexuality education requires. Other important topics such as gender and human rights are yet to be elaborated.

There are definitely going to be ripple economic and social benefits when young people learn how to make informed decisions about their sexuality. This project identified a major problem as the inadequate sexuality education available to adolescents and it also proposed a strategy to solve the problem.

‘It is mainly a responsibility of the family to ensure that their adolescents have sound knowledge on their sexuality. The failure of many families to appropriately educate adolescents on their sexuality hugely favours the need for scientifically accurate, age-appropriate and relevant sexuality education to be taught in schools. In schools, young people spend a considerable time which permits them to form a society that is capable of hugely shaping their approach and responses to issues in the wider world. Equally, society suffers the effect of families not taking up this duty effectively, in a world of growing technology and media exposure. Therefore, families have also got to be aware. It is however, not a replacement of the family’s main responsibility.’

The sixteen (16) face-to-face meetings with government officials including policy makers led to increased commitments by 14 local and national policymakers who expressed commitment for adolescent health and well-being through increasing access to sexuality education among adolescents. Government stakeholders were from the Ministries of Secondary Education, Youth Affairs and Civic Education, Public Health and Women Empowerment and the Promotion of the Family. 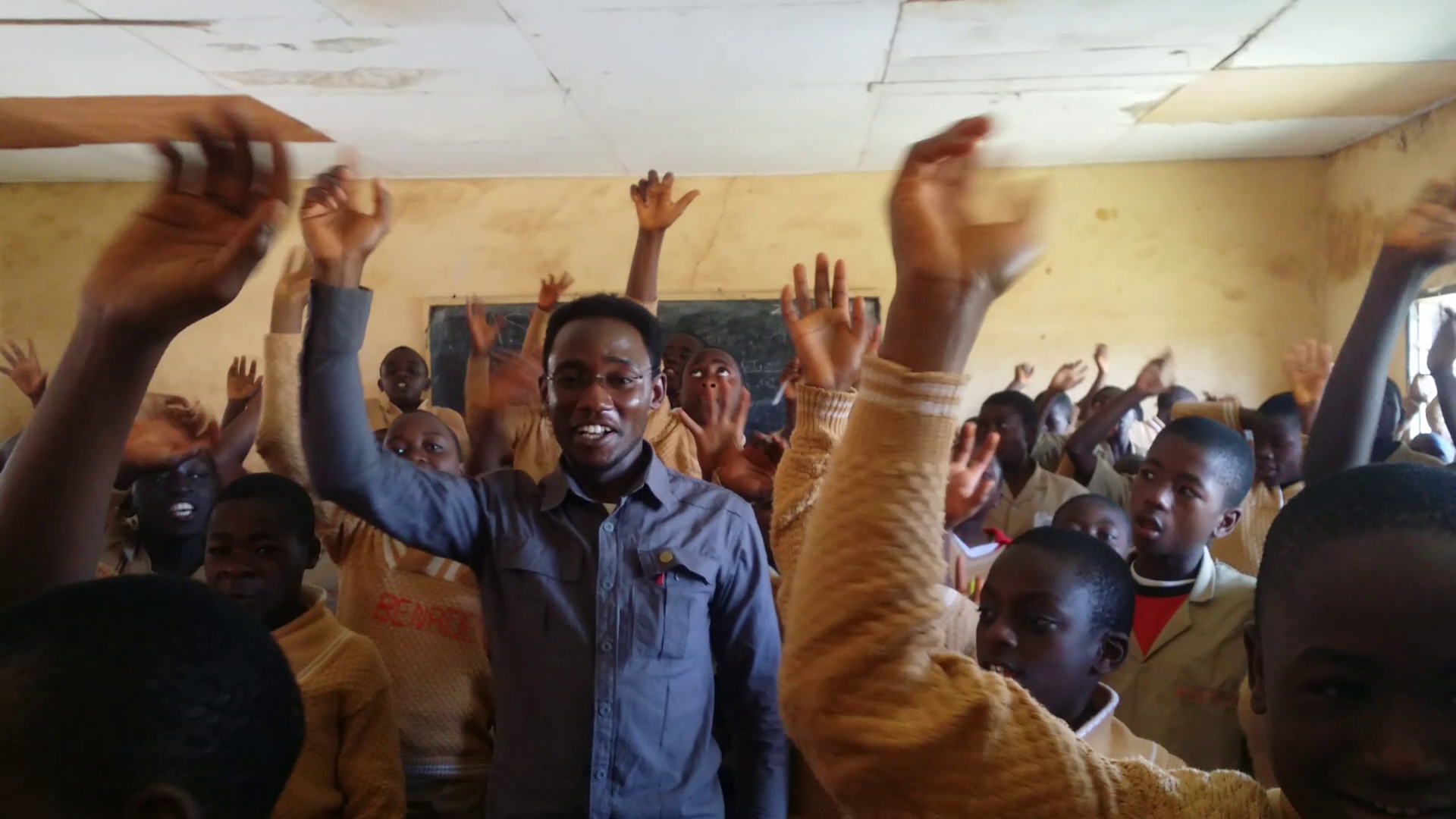 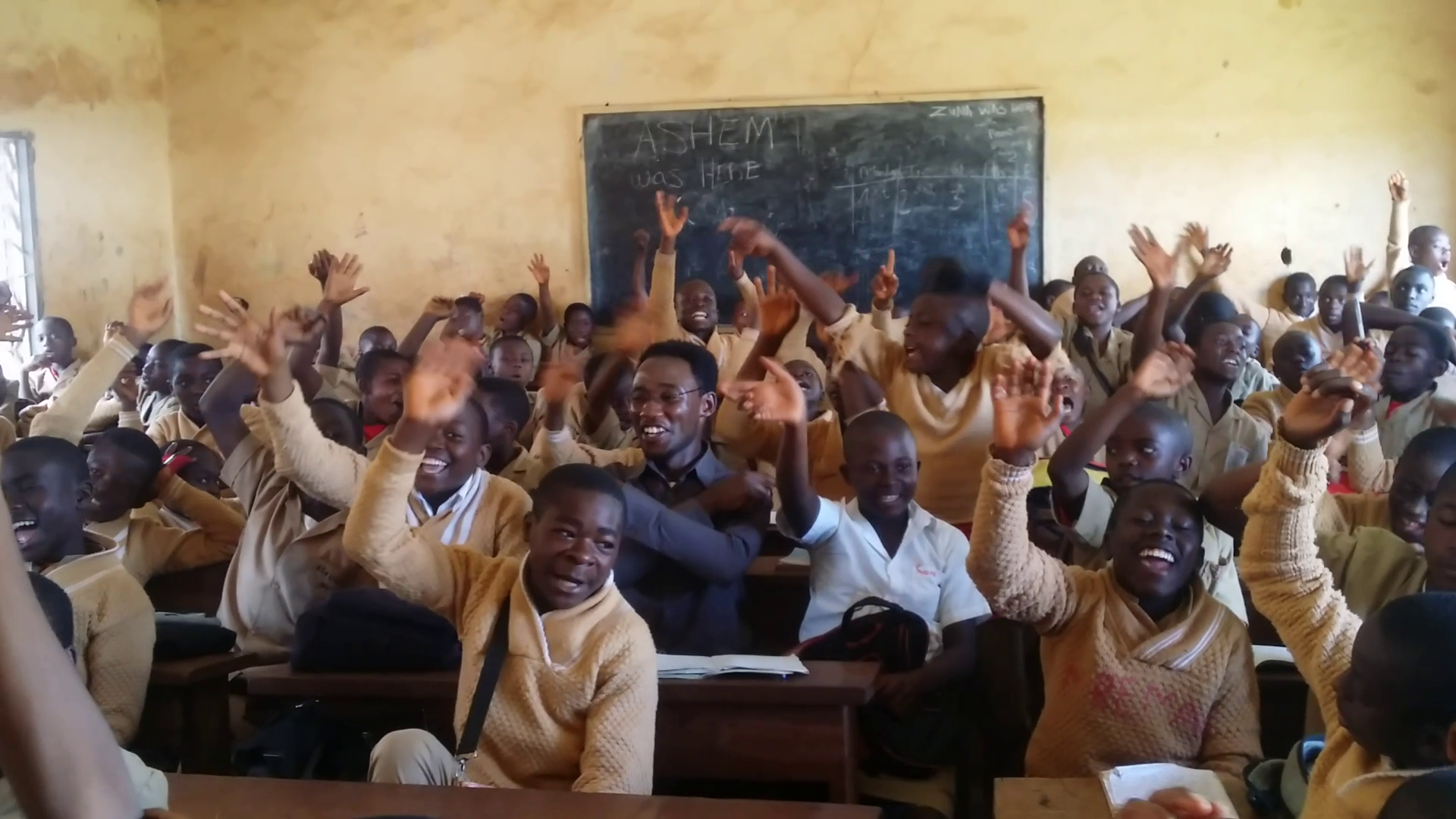 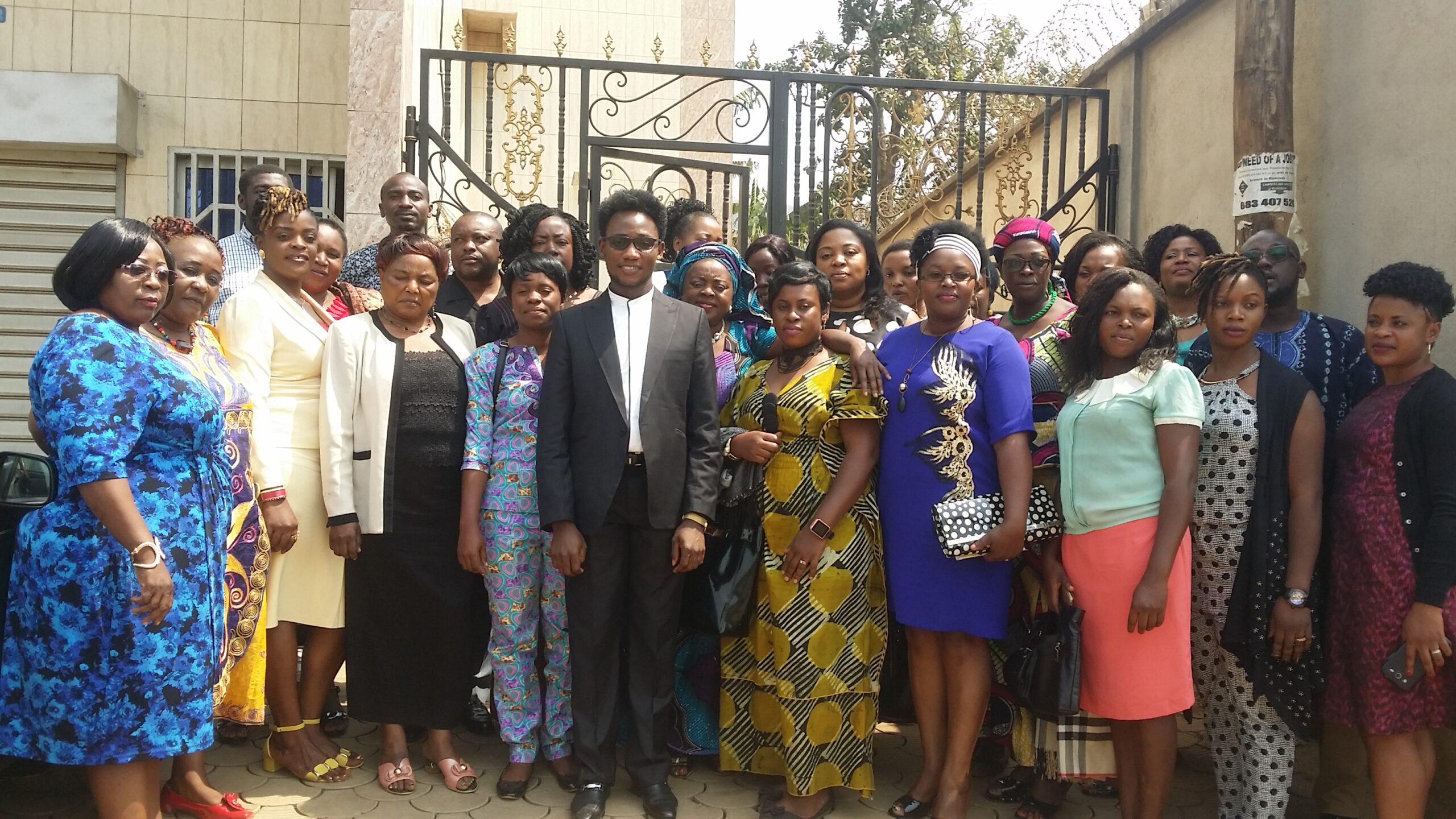 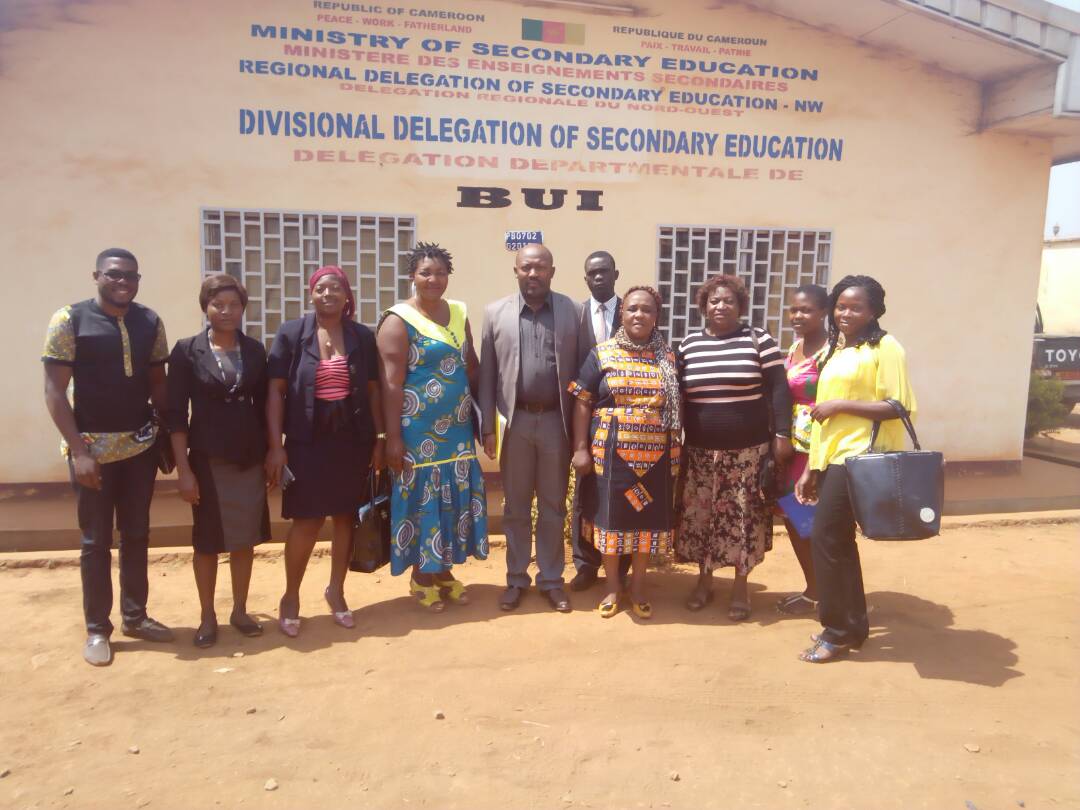 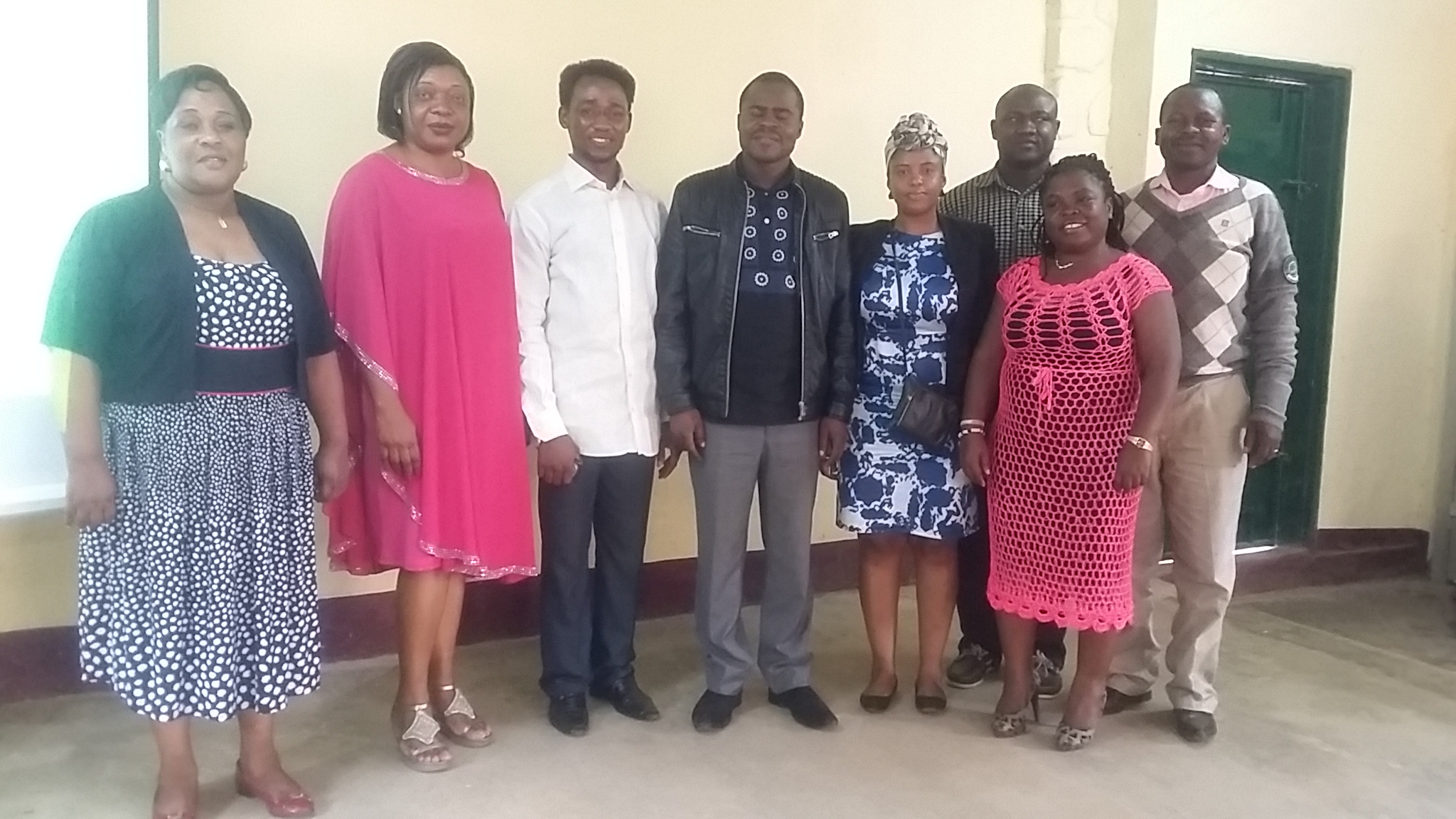 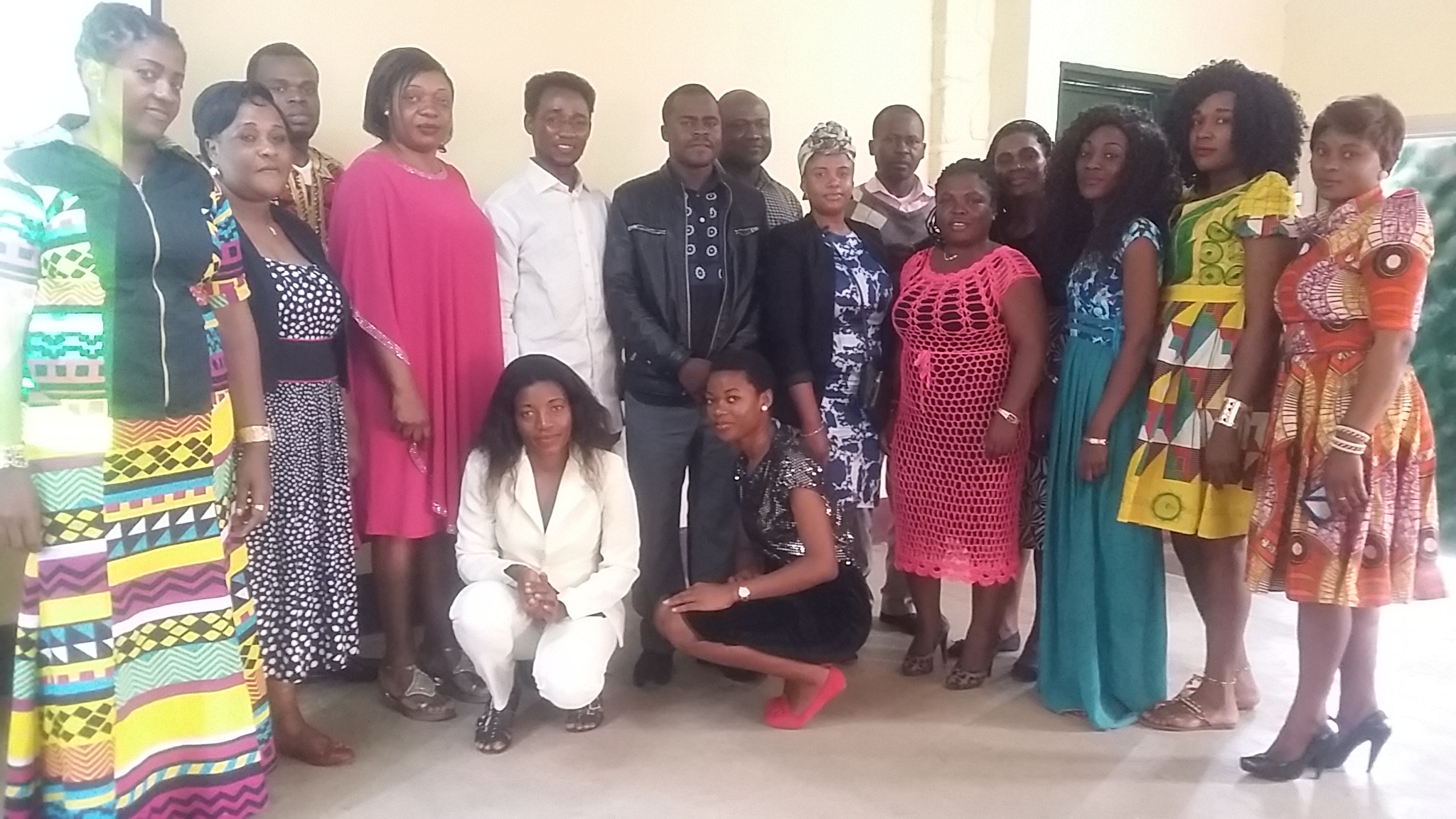 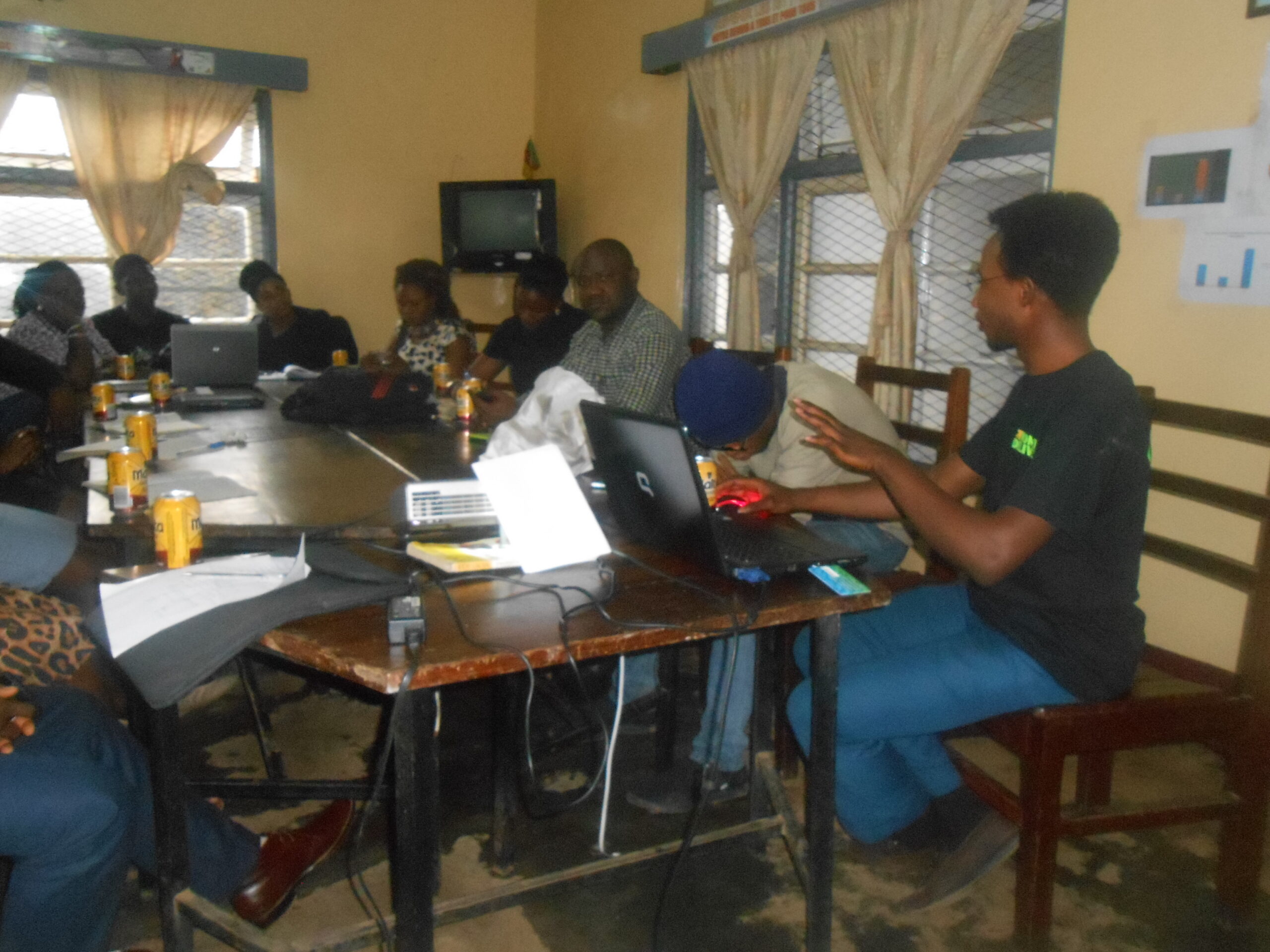 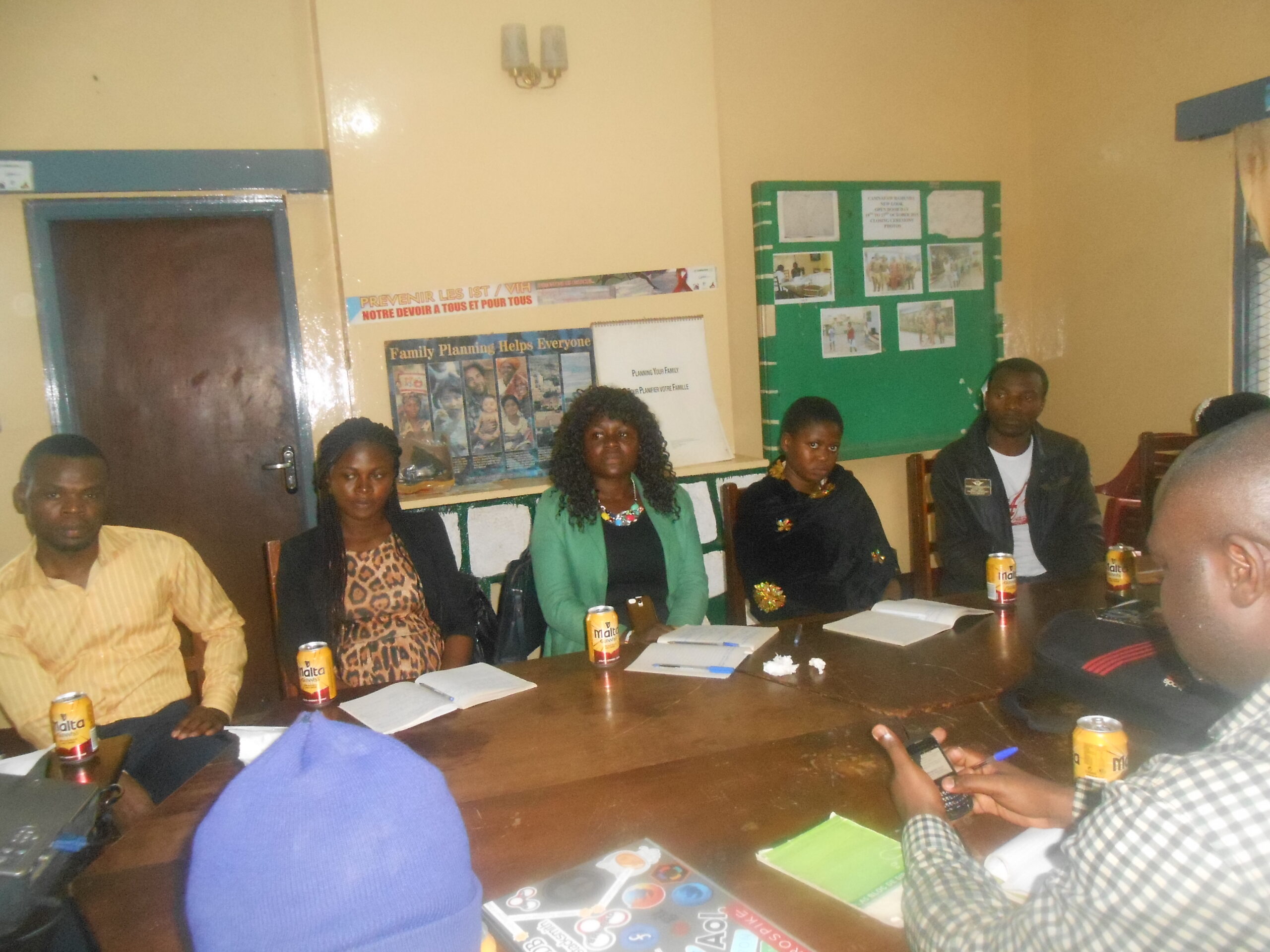 Some remarks and statements of project stakeholders:

• During a review workshop on the 5th January 2018 in Bamenda, Regional Pedagogic Inspector, Jonathan Nshing said,

‘I am excited to be part of this review of the schemes to be used for comprehensive sex education that are being developed to be used nationwide. I think the workshop that we had today was very rich, very engaging because we were able to look at the modules that DESERVE and the partners are trying to put in place and we were trying to break them down in such a way that they can actually be teachable in our school context . . . We are fully committed to come out with . . . a powerful document. . .’

• During a training in Bamenda, Ambe Claudine, School Counsellor in Government High School Bafut and President of the Mezam School Counsellors Association who took part in the training in Bamenda said:
‘We are here for a training seminar on comprehensive sexual education organized by DESERVE here in Bamenda, North West Region. I think that this activity on comprehensive sexual education is still timely because as a Guidance/counsellor, we’ve been carrying it out in our various schools but I think today we’ve had a new experience; we’ve had a lot of ideas which have gone to upgrade our knowledge and we think that back in our various schools, we are going to add the new skills we’ve gained during this training seminar so that our students will also benefit directly from what we’ve learnt today. . .We are the ambassadors; and you’ve chosen the right ambassadors for this particular comprehensive sexual education. We are just going to do what is expected of us and just like Oliver Twist, we are saying that we are looking up to more seminars of this magnitude. Once more, thank you.’